Archive for the 'Nests' Category

What are these Galahs up to? 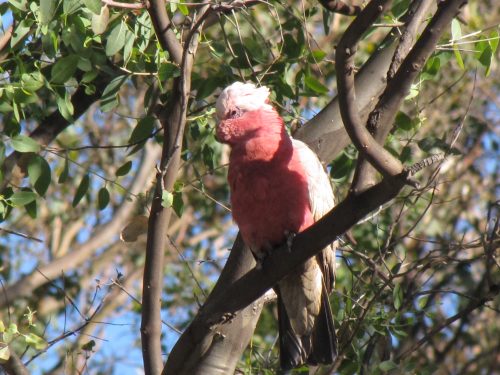 On our return trip from Sydney last year, we didn’t take the direct route home to Murray Bridge. Instead of taking two days to get home, we took a circuitous route through north-western New South Wales. We drove through Lithgow, Capertee Valley, Mudgee, Dunedoo, Cobar and Broken Hill. We saw some parts of the country we had never visited before, which is always an interesting way to travel.

On our first night away from Sydney, we stopped at one of the caravan parks in the town of Mudgee. We arrived late in the afternoon. After we had unpacked and settled into the cabin, we sat on the front deck of the cabin enjoying the balmy evening and a nice cuppa. As we were sitting there I had my notebook and binoculars at the ready, as well as my camera. My attention was soon drawn to a Galah perched in a nearby tree. This tree was about 30 metres from where we sat.

I noticed that the Galah was not attempting to fly away, but it was interested in what was happening further down the trunk. Another Galah, presumably its female mate, had emerged from a hollow there (see photos below). It looked as if the female was preparing the hollow ready for nesting. This was last Septemeber, right about the time they begin preparing nesting hollows for their next brood. I have no evidence that this pair went ahead and had a brood of young because we moved on elsewhere next morning.

The Galah is one of Australia’s most recognisable parrots. We have many colourful parrots in Australia – you can see photos of some of them by doing a search on this site. I have written frequently about parrots over the years and have included many photos of them. Some of these posts are included in “Further Reading” below. 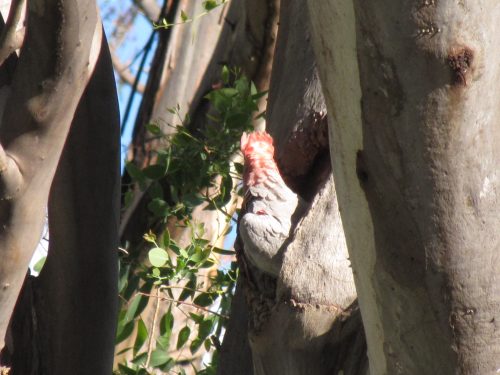 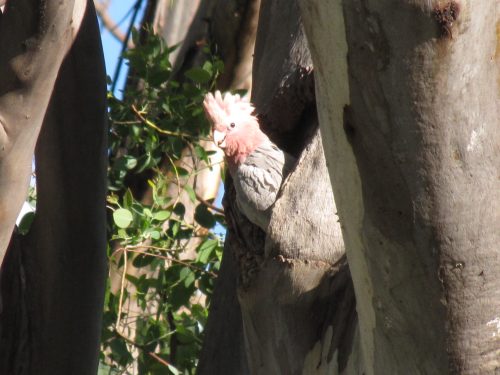 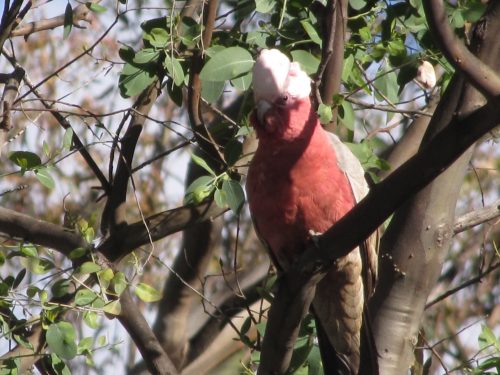 You are currently browsing the archives for the Nests category.