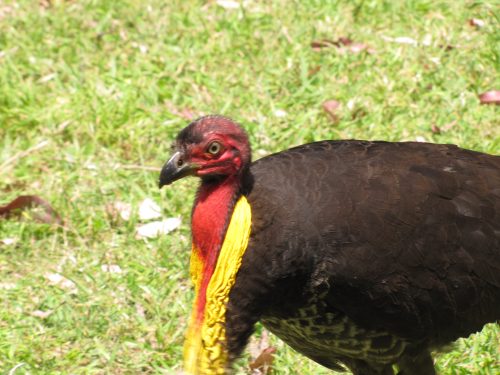 On many occasions here I have written about some of the birds I have seen and photographed while on visits to family in Sydney. One of our favourite places to visit while in Sydney is the Lane Cove National Park, just a short distance west of Chatswood in the northern suburbs, and only a ten-minute drive from my son’s home.

When we visit we usually take a picnic lunch, or if only going in the afternoon, we certainly take the makings for afternoon tea, including a few biscuits, or some fruit. We like to set up our folding chairs and make a cuppa, in a spot where we can see the river, as well as a good view of the trees. Such spots usually provide us with good birding as well.

If you stay in this park for a few hours or visit frequently, the chances of seeing a good range of local and visiting birds are very high. This park protects a large section of remnant scrubland. While there are roads and tracks through the park, as well as clearly defined picnic areas with barbeques, picnic tables and other public facilities, the vegetation left preserved gives the visitor a good impression of the natural environment as it existed before settlement in the late 1790s.

On this particular visit last October, my wife and I had a few hours leave from looking after our grandchildren. We set up our chairs in a good position and proceeded to eat our lunch. We had hardly started eating our sandwiches when we were robbed. Not only were the Laughing Kookaburras cheeky, so were the resident Australian Brush Turkeys, shown in the photos in this post.

Two of them came mooching around while we were having a post-lunch cuppa. They were obviously on the take and came up within a few centimetres of where we sat. We don’t feed birds that are supposedly wild. These individuals were behaving like they often get handouts of human food. Once they realised that we were not going to comply with their wishes, they skulked off elsewhere. They probably tried the same trick on other people enjoying a picnic. 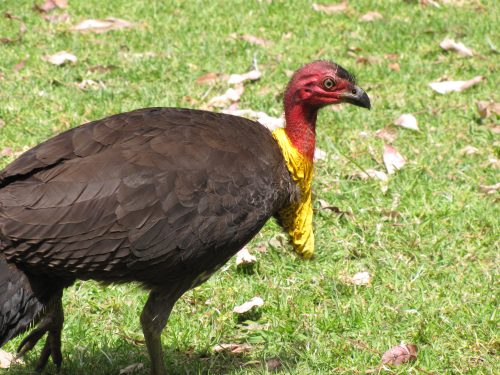 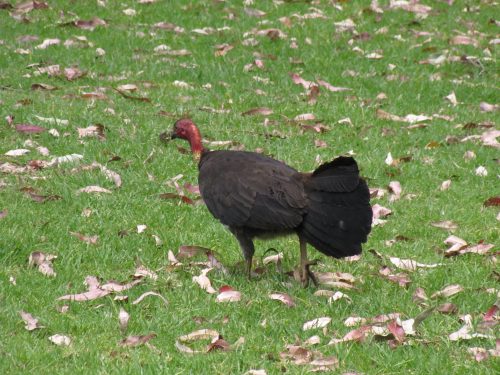 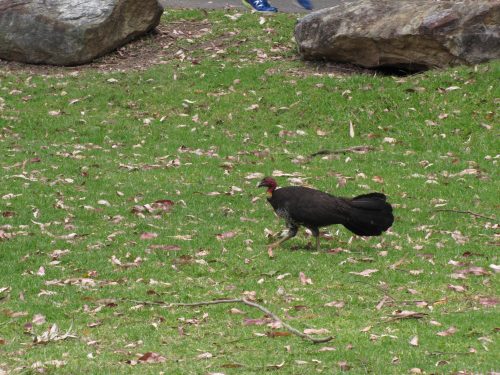