A story about Blackbirds, Honeyeaters and Cats 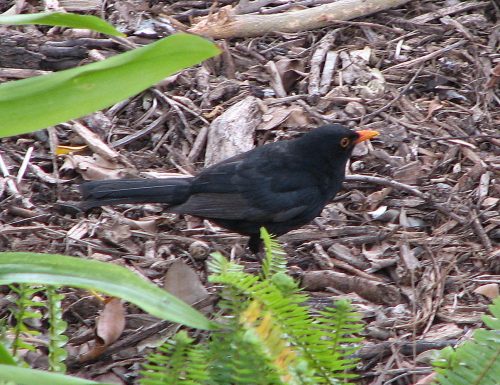 Nearly 11 years ago, I wrote a simple little article on this blog about Common Blackbirds (click to read).

Never did I imagine that it would be so popular. It consistently is one of the ten most read articles on this site, and with nearly 300 comments from readers, it has obviously struck a chord with my readers.

A few days ago, one of my readers – Sue – wrote a wonderful account of the Common Blackbirds in her garden, along with comments on honeyeaters and their interactions with her pet cats. I found this account so fascinating that I have published it here in full so that more readers can enjoy her experiences.

Great massive Blackbird thread!
I thought I would add our Blackbird experience for your consideration.

We have a medium-sized block in Kensington, Adelaide, so I have a bit of garden surrounding the old villa. We have two cats, which live entirely inside with the amenity of a professionally built, fully netted enclosure on one side of the house from verandah to fence.

The honeyeaters were the first to find a way into the enclosure, by dropping through the ceiling netting which has a slightly larger grid than the wall netting, to get to the citrus trees inside. They were always faster than the one cat who has any real hunting ability. Their other advantage is that cat is deaf – so if he doesn’t see them, he doesn’t know they are there.

Then the resident pair of blackbirds learnt the same trick. For them the strip of garden along the fence and the mulched area around the compost bins are a rich source of forage. They are also faster than the cats. And they also enter and exit at speed, despite the bird seeming too large for the net.

The enclosure has vine growing over it. The vine is trained underneath on wires, and grows up through the net.
Honeyeaters chose to nest in the vine above the net. They raised a chick, then moved to the bamboo for the next round.

This summer the blackbirds have built a nest in the vine IN the enclosure, UNDER the net. They fledged one enormous chick just before Christmas and to our delight have gone another round with two, possibly three, hungry chicks being fed as I type.
We were worried how the baby might get out safely, but we actually saw it fledge over a weekend. It was encouraged out of the nest, to hop around the branches, then encouraged up through the net. We have seen it in the rest of the garden with its parents several times.

Mrs B doesn’t worry even when I am watering right under her. Previous behaviour for the blackbirds, the honeyeaters and even the wattlebirds is to nag me in the garden for the rain wave sprinkler then enjoy the ‘rain’. It’s not just Aussie humans that like running under the sprinkler in the hot weather.

This year the rosellas have the small hole in an old peppercorn tree, and the lorikeets had the large hole in the same tree, and were both successful.

The rest of the garden is not cat free, and there are definitely cats, rats, foxes, as well as possums and the annual koala, using it at times, but the complexity of the cat enclosure and the presence of the cats seems to keep the (non-resident) predators away from it.

In a highly artificial urban environment, we would all prefer if native species could thrive, but sometimes the imports are better suited to holding a niche. Compared to mynahs, the blackbirds seem to be a lesser of two evils. And lorikeets have proved to be pretty dominating over the smaller rosella..

Thank you, Sue, for a wonderful description of the birdlife and wildlife in your suburban garden. I wish more cat lovers would be as responsible as you are with a special enclosure. 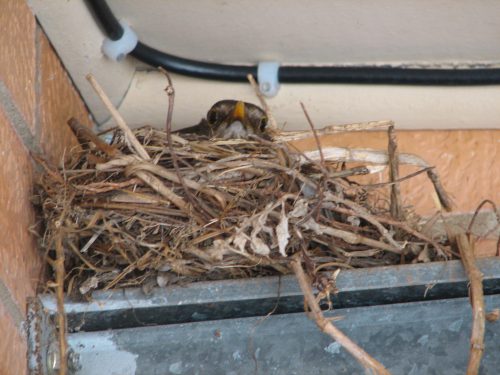 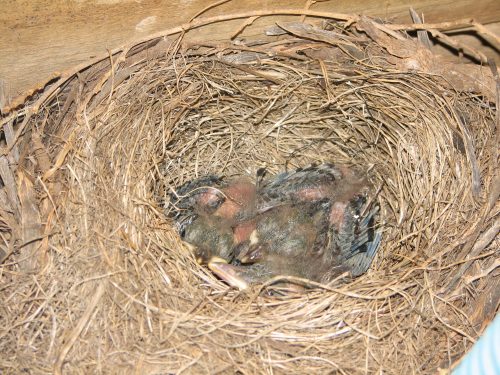 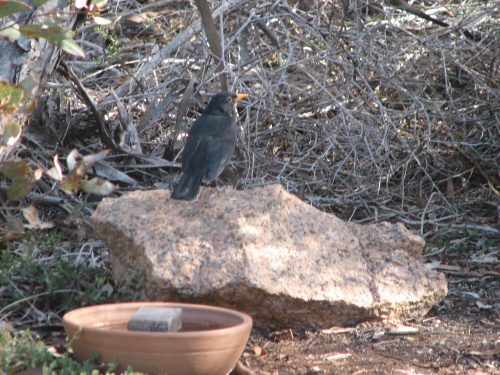 Common Blackbird (male) at one of our birdbaths