Back on the road again 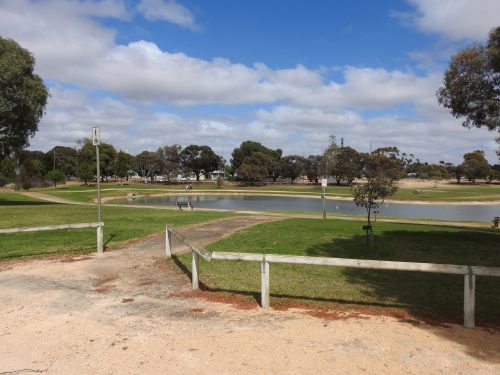 It has been a while.

It has been far too long since I last posted an article here on this site. It has not been an easy year for me so far (read here to find out why). But now I am back and keen to post many more bird photos here, as well as relate some highlights of my travels and birding experiences.

Last week my family celebrated my grandson’s 10th birthday, so I just had to come over from South Australia to Sydney for the occasion. It’s a 14 hour, two-day drive so it is not a trivial undertaking. This was my first big trip by myself, so I decided to take three days and take it easy. I am pleased that I did because I saw a few birding highlights along the way. More of that in coming posts.

The birthday party was held in a park near my son’s home and it was very successful – despite the rain trying to spoil it. The invited guests were determined to have a good time, and they did not to let the rain spoil their fun. It was a huge success and the food was also great. Love party food.

When I left home in Murray Bridge last week, my first stop was at Lake Roberts on the edge of Lameroo, a small farming based community in the eastern part of South Australia. I stopped for a break and a cup of tea. As I was having my morning tea, I made a list of the birds seen and heard. I also grabbed my camera and took a few photos. The photo above is a general shot of the artificial lake. Behind me is a small caravan park and to my left is a picnic area with tables seats covered by a roof.

My bird list for the twenty-minute stay is not long, nor is it exciting – except for one bird.

It is the last species which grabbed my attention. 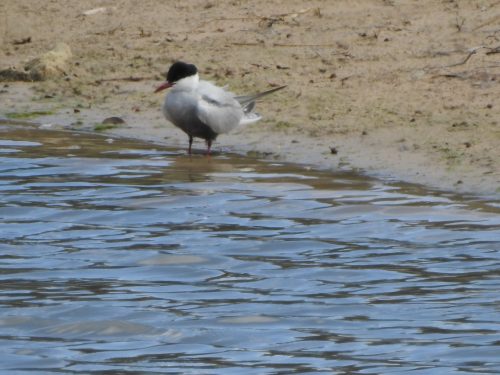 I have visited this spot on many occasions on my trips to and from Sydney. This is the first time I have recorded a Whiskered Tern in this spot, and although it is a widespread species throughout much of Australia, it was an unexpected extra on this occasion. The photos are not great, unfortunately. Many of the photos were taken at extreme zoom, and are therefore not great.

The shot above is the one occasion that the solitary bird came to rest on the small beach along the edge of the lake. For the rest of the time, it kept flying around the perimeter of the small lake, diving into the water every ten seconds or so. I am not sure what it caught to eat, but it was quite persistent in this behaviour for most of the time I watched it. One of the better photos of it flying is shown below.

(Note to self: try to master photographing birds in flight.) 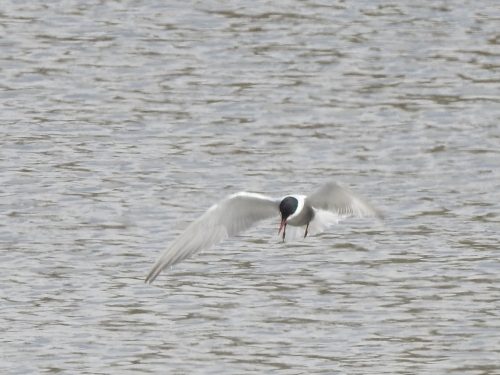 I didn’t have much time to photograph all of the other species present on this visit. I have shown some of them below. One species not listed above is the Muscovy Duck. This is a feral bird found in a few places around Australia, usually near farmhouses, dams and artificial lakes and ponds. It is native to Mexico, Central and South America. Feral populations exist in many countries, mainly as a result of releases by people or escapes from farms and gardens. 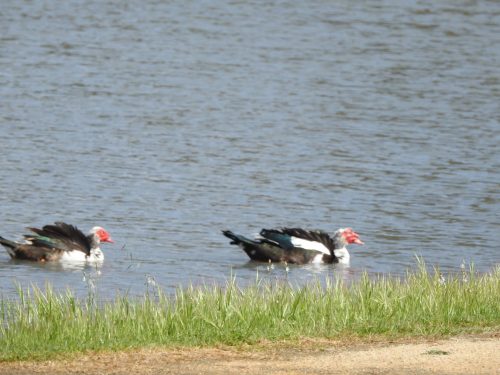 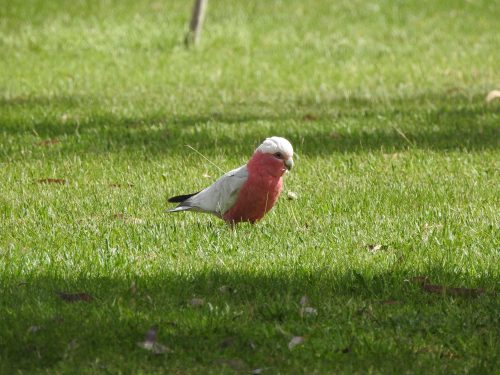 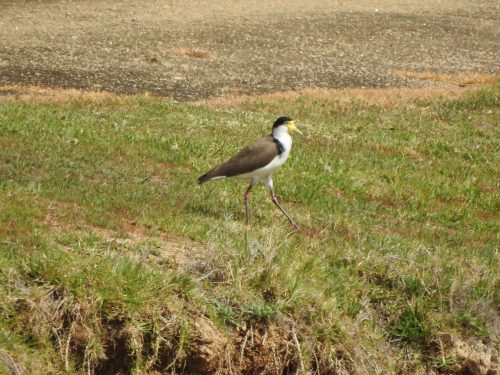