Archive for the 'Bush birds' Category

Over recent weeks there has been a family of White-browed Babblers (see photo above) constantly moving around my garden and five-acre block of land. I live on the edge of the rural city of Murray Bridge, an hour’s drive SE of Adelaide, South Australia.

I find that this species is an endearing one, with their constant hopping around on the ground, scratching at the dirt, or prying under the bark of the mallee trees surrounding my home. They move around in small family groups of four to six individuals, sometimes more. As they move around searching for tasty snacks such as beetles and caterpillars and insects, they keep up a regular mewing call, like miniature demented cats.

I suspected that they were nesting somewhere, but a search of the bushes where I had seen them flying to were bare of any nests. I thought that might have been keeping the site of a nest as secret as possible. This was good news because I occasionally see a feral cat moving about the property. I discourage cats from moving about nearby by chasing them off, usually followed by a stone thrown at them. They don’t know that they are really in no danger; my stone-throwing abilities are somewhat deficient.

A few mornings ago I went to get something from the garage. As I opened up the door, I was aware of a frantic fluttering nearby. This was followed by several plaintive cheeps something like the call of the babblers. I looked over the nearby fence. Two recently fledged baby babblers were clinging on to the wire of the fence, flapping their wings and trying not to get blown away by the strong wind.

It was obvious that they had only a short time before left the nest. Their tails had not fully grown and they had trouble balancing on the shaking fence wire. I can’t show you a photo because I didn’t have my camera with me. They only lingered there for a few seconds before launching into a haphazard flight path away from where I stood. I hope that they soon adapt to their new freedom. 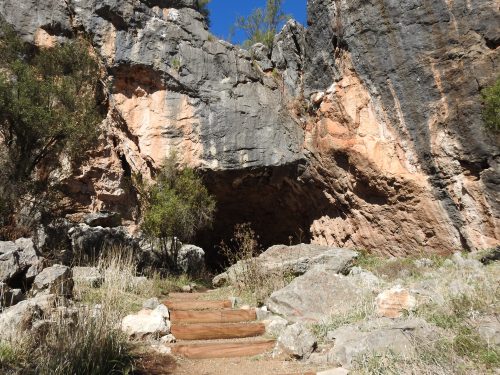 On my way to Sydney early in May of this year, I travelled between Lake Cargelligo and the city of Orange in New South Wales. As I approached Orange, I saw a tourist sign pointing to the Borenore Karst Conservation Reserve. I had been looking for a place to pull off the road, have lunch and do a spot of birding while I ate. This reserve seemed to fit the criteria well, so I pulled off onto a rocky dirt track leading down into the valley below. While it was a little bumpy, a non-4WD car can negotiate this track with care. There were no such concerns with my Ford Ranger 4WD. 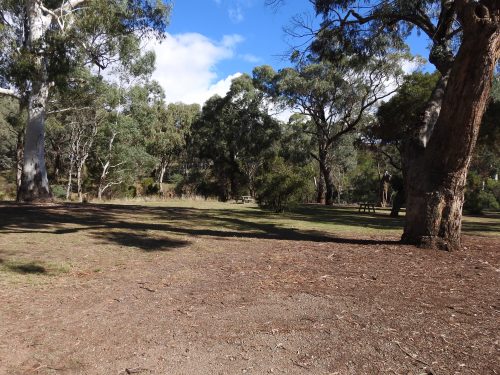 The picnic ground (photo above) was pleasant with scattered trees and several picnic tables for visitors to use. While I ate my lunch I made a list of the birds seen or heard.

It is not a big list, but the wind was chilly and it was just after midday which is generally not a good time for birding. My opinion is that this would be a great place to go birding on a sunny, spring day, preferably early in the morning or just before sunset. 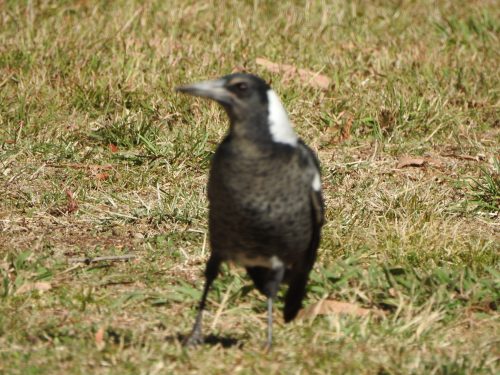 The main attraction of this reserve is the cave next to the picnic ground. In the photos below (and above) you can see some of the rocky landscape which surrounds the picnic grounds. There is a walk visitors can take through one of the caves which I would like to have explored, but my torch was in a hard to get to box in the back of the ute. I really needed to get on the road again, anyway, so I gave the cave exploration a miss. I will be better prepared next time I pass this way. 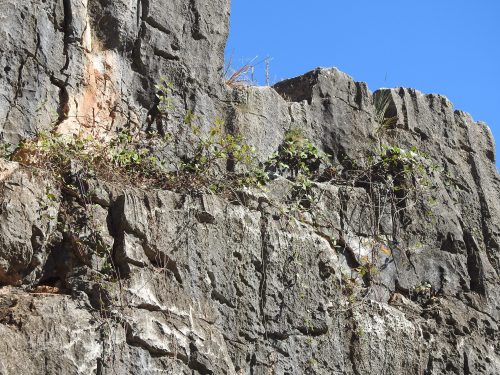 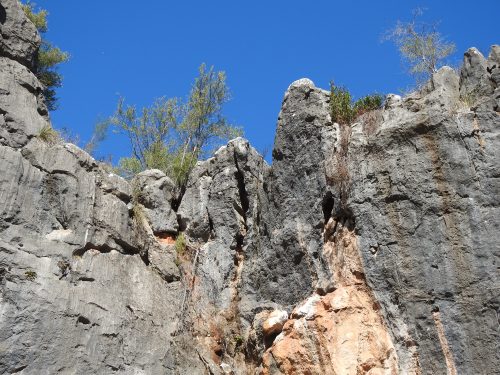 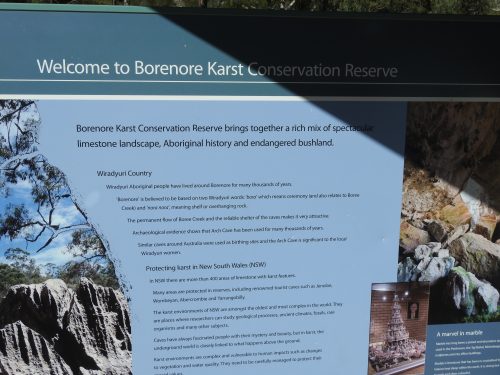 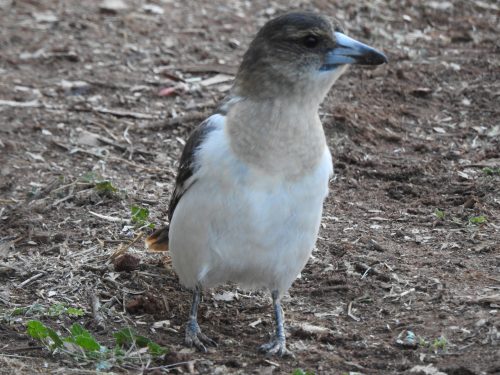 In my last post, I wrote about the quiet day of birding I had at Round Hill Nature Reserve north-west of Lake Cargelligo. I was on my way to Sydney to visit family and made a little detour on the way. The birding was not up to my expectations but I enjoyed the visit anyway. It is certainly a better place to visit in the Spring and early Summer when more of the vegetation is in flower.

After my visit to the reserve, I continued on towards Mount Hope, a small community of a few houses and a hotel. I stopped here for a few minutes to check out what birds were around but only managed to see seven species. I then drove south towards Hillston, stopping briefly at a roadside rest area. At that point, I had good views of Mallee Ringneck parrots and Blue Bonnet parrots as they flew across the road in front of my car.

A little further along in the locality known as Wallenthery I turned east and took the Lachlan Valley Way back towards Lake Cargelligo. This road follows the Lachlan River. At one point I had good views of a Little Eagle and four Yellow-billed Spoonbills flying overhead. Nearby were several hundred Galahs (with a handful of Sulphur-crested Cockatoos keeping them company), a family of six White-winged Choughs and a Wedge-tail Eagle flying low. I also saw a solitary Emu, plenty of Apostlebirds and several small flocks of Blue Bonnet parrots.

At this point, the sun was setting quickly and the clouds were moving in making photography tricky. I only wished that I had more time to spend in this area to capture photos of some of the species mentioned and to seek out others that I may have missed.

When I returned to my cabin in the lovely caravan park, I was able to get a few shots of the resident Pied Butcherbird shown in the photos above and below. If you look closely at these photos, you will see that the bird has a brown throat and chest meaning that this is an immature bird. It hasn’t yet developed the black throat of the adult bird. If you click on this link, you will see a photo of an adult bird taken earlier in my trip.

This young bird was perched on the gutter of the cabin next door before it swooped down to catch a tasty dinner from the ground. The lawn in that part of the park had been disturbed earlier by one of the park gardeners weeding it. It was a fitting end to a good day’s birding despite some minor disappointments. 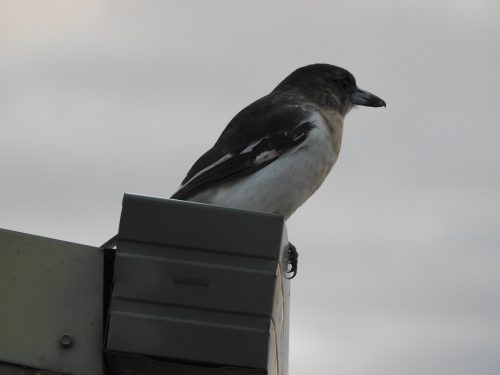 Quiet birding day at Round Hill 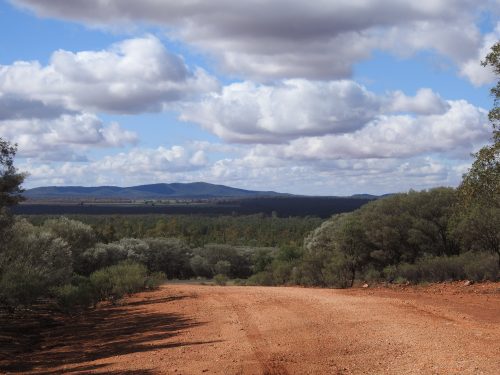 During my stay in Lake Cargelligo last month, I planned on staying two nights and having a full day of birding around the district. My main aim was to visit the Round Hill Nature Reserve north-west of Lake Cargelligo. I had previously experienced this reserve some 12 years ago. You can read about that visit in the further reading section below.

The whole region around this reserve and for a radius of over 100 kilometres there was evidence of recent heavy rain. Lake Cargelligo had recorded over 50 mm (2 inches) of rain in the days just before I arrived. I was therefore very cautious about getting off the sealed road and onto the dirt tracks leading through the reserve. I did manage to briefly get bogged in the mud at one point, but fortunately, the front wheels were on firm ground and putting my vehicle briefly into 4WD got me out in seconds.

I found a good spot on the firm ground off the track to park and have my packed lunch and a cup of tea. While I ate and drank I kept a record of the birds I saw and heard. It was disappointing, however, that the bush surrounding me was very quiet. I had observed on the way in that not many of the mallee trees were in flower. Consequently, there were very few honeyeaters around. I did get one reasonable photo of a White-eared Honeyeater (see photo below). That was the only glimpse of this bird I had and you can only just see the white patch on its ear. 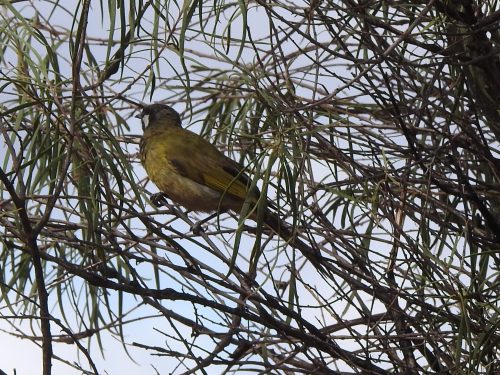 I the distance I could hear a Crested Bellbird but it seemed too far off to chase up for a photo. Two Ringneck Parrots flew past me at one point. They were probably the Mallee Ringneck sub-species. At one point I saw a single bird that puzzled me. I chased after it and approached reasonably close but the light was coming from behind the bird making identification difficult. It was not doing anything of note, nor did it call. These are clues helping one to identify a bird. I managed a few photos but didn’t hold out much hope of getting a good shot.

Thankfully, by enhancing the photos digitally a little I could easily see that I had seen a Spotted Bowerbird, not a species I have seen often in my travelling (photo below). 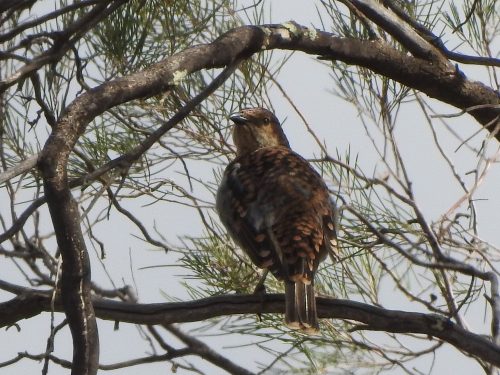 After lunch, I moved to a short track on top of the crest in the road, right next to Round Hill itself. This proved far more fruitful and I added the following species to my modest list:

The only other bird I saw was a male Red-capped Robin. I remember taking a photo of a male robin in exactly the same spot on my visit 12 years ago. This time I was not so lucky. I waited patiently for some time for the bird to come into view again but to no avail.

I will post another trip report in a few days’ time. 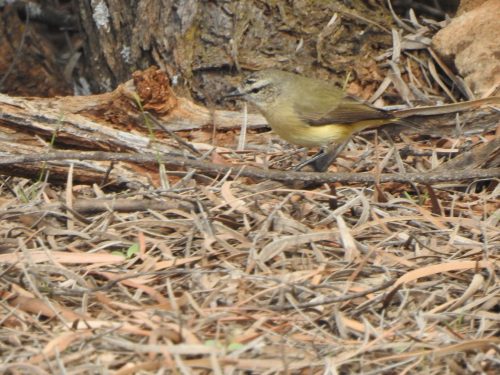 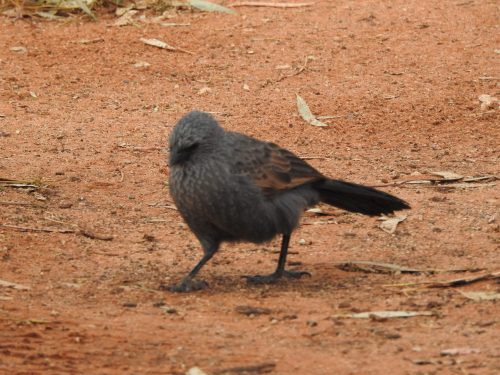 On my way to Sydney to visit family earlier this month, I stopped to have lunch by Lake Cullulleraine in the north-western part of Victoria. This lake is a picturesque spot about a half-hour drive west of Mildura. Many years ago, my wife and I had a wonderful week staying at the nearby caravan park. on this occasion, however, I only had about twenty minutes before heading off.

As I ate my lunch I could see and hear a small family of Apostlebirds feeding on the lawn about 50 metres away. They gradually worked their way along the edge of the lawn towards where I had parked the car. This was only a small family group of five individuals. I am used to seeing much larger groups of 10, 12 or even more.

As I packed up my lunch box and finished my cup of tea, the small group worked along the dirt track towards my car. I didn’t even have to use the zoom lens on my camera to get a series of close-up photos. They were quite content to come right up close to where I was standing. This is quite typical behaviour of this species. Whenever they are present in parks, gardens, caravan parks, picnic grounds and so forth, they become accustomed to people and will approach to within a metre or two.  I have even had them jump up onto a picnic table while trying to eat my dinner. On that occasion, one bird came close to snatching my food. They certainly can be cheeky.

While some people might look down on this species as not being very colourful – they certainly are drab looking – they make up for it with their quirky and endearing behaviours. Except when they try to snatch your food. 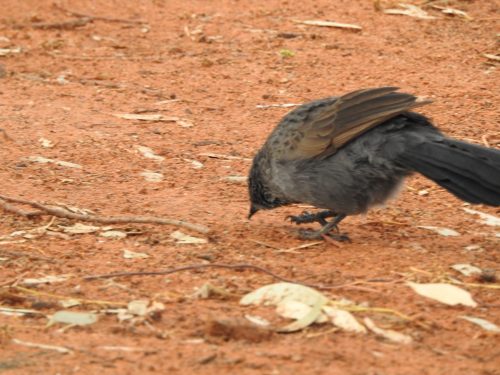 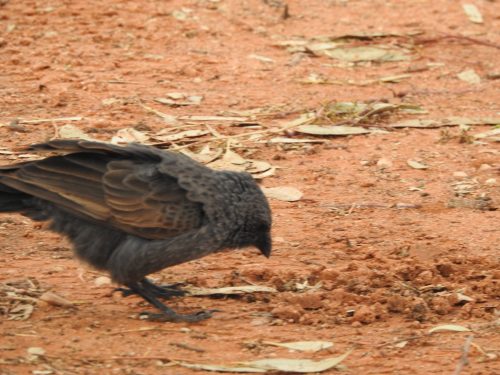 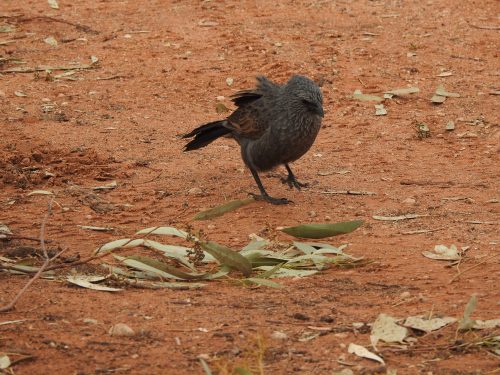 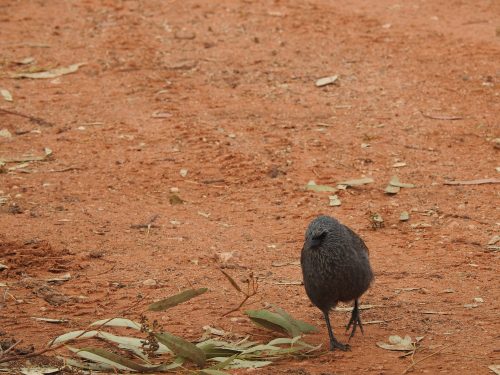 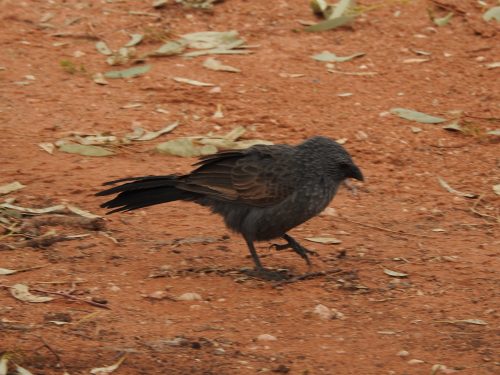 You are currently browsing the archives for the Bush birds category.