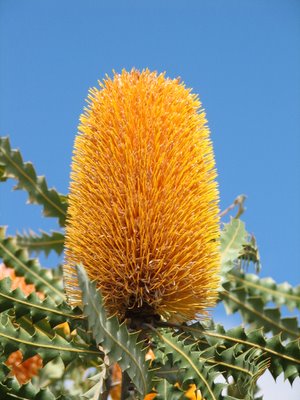 This morning we travelled down river through Tailem Bend to the small town of Wellington, South Australia. This town is near the end of the River Murray where it flows into Lake Alexandrina. From this lake it flows into the Coorong and out to the Southern Ocean. 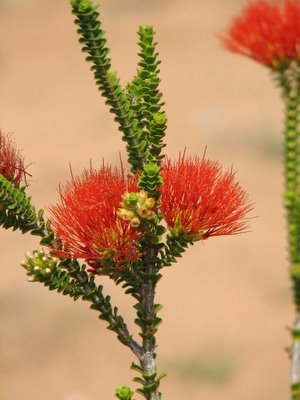 Just east of the river at Wellington is the Pangarinda Arboretum. This consists of a plantation of Australian native plants established over a decade ago by local members of the Australian Plant Society (APS). The plantation has been planted in sections to represent different plant regimes from different parts of Australia. 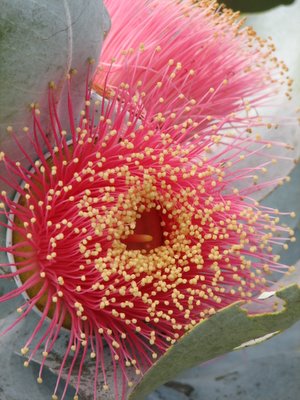 Today’s gathering of members of APS was for a special Christmas lunch for members of the three local branches of APS. Members came from the Murray Bridge, Parrakie and Karoonda groups. Also present were members of the family of Ross Foreman who celebrates his 80th birthday tomorrow. Ross and his late wife Pat have been long time members of APS and they have freely given hundreds of volunteer hours of work to the arboretum. After cutting the birthday cake we all moved to another section of the plantation for Ross to open the Foreman Gazebo. This looks over the arboretum to the east and the river to the west.

After the ceremony we all wandered around the plantings looking at the many flowering plants. Some had finished their spring flowering but others, like the banksias, were resplendant in a variety of shapes and colours. 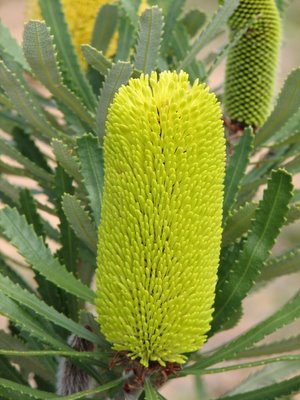 The bird watching was quite good too, with 22 species recorded, despite all the people wandering around. I managed to get some very good flower shots and one good photograph of a thornbill. The following is a list of the birds seen: 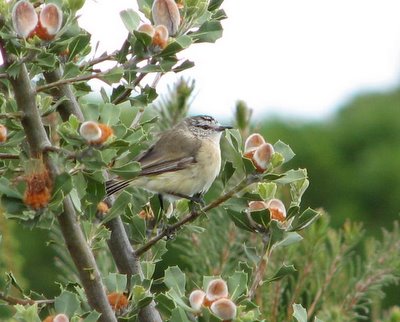 One of the members who regularly does volunteer work there reported to me that Zebra Finches had been breeding in the plantation recently.